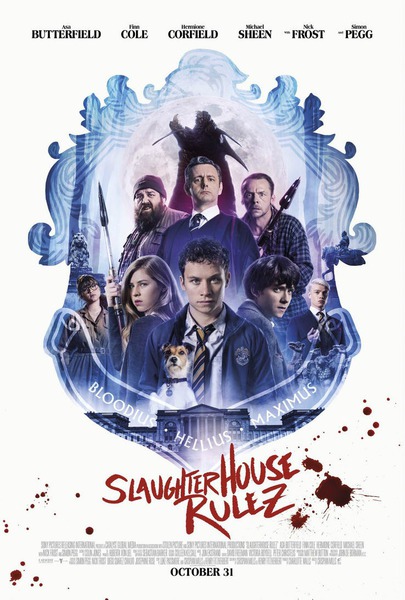 Sony UK has released the trailer for the upcoming British horror/comedy Slaughterhouse Rulez. The film is set to be released in the UK on October 31 and stars Asa Butterfield, Fin Cole, and Michael Sheen. The film will also see the reuniting of the hilarious duo of Simon Pegg and Nick Frost (both of Shaun of the Dead and Hot Fuzz fame).